There was also sorts going on in Brockwell lido and its environs last weekend. Perhaps we were all a bit giddy with excitement that January was out the way.

For one thing we had glorious sunshine on Saturday 1st Feb, which always makes the water look particularly inviting and shimmery. After customary dry dives, bracing swims and long hot showers, we sat on the cafe terrace soaking up some rays and cake in equal measure: 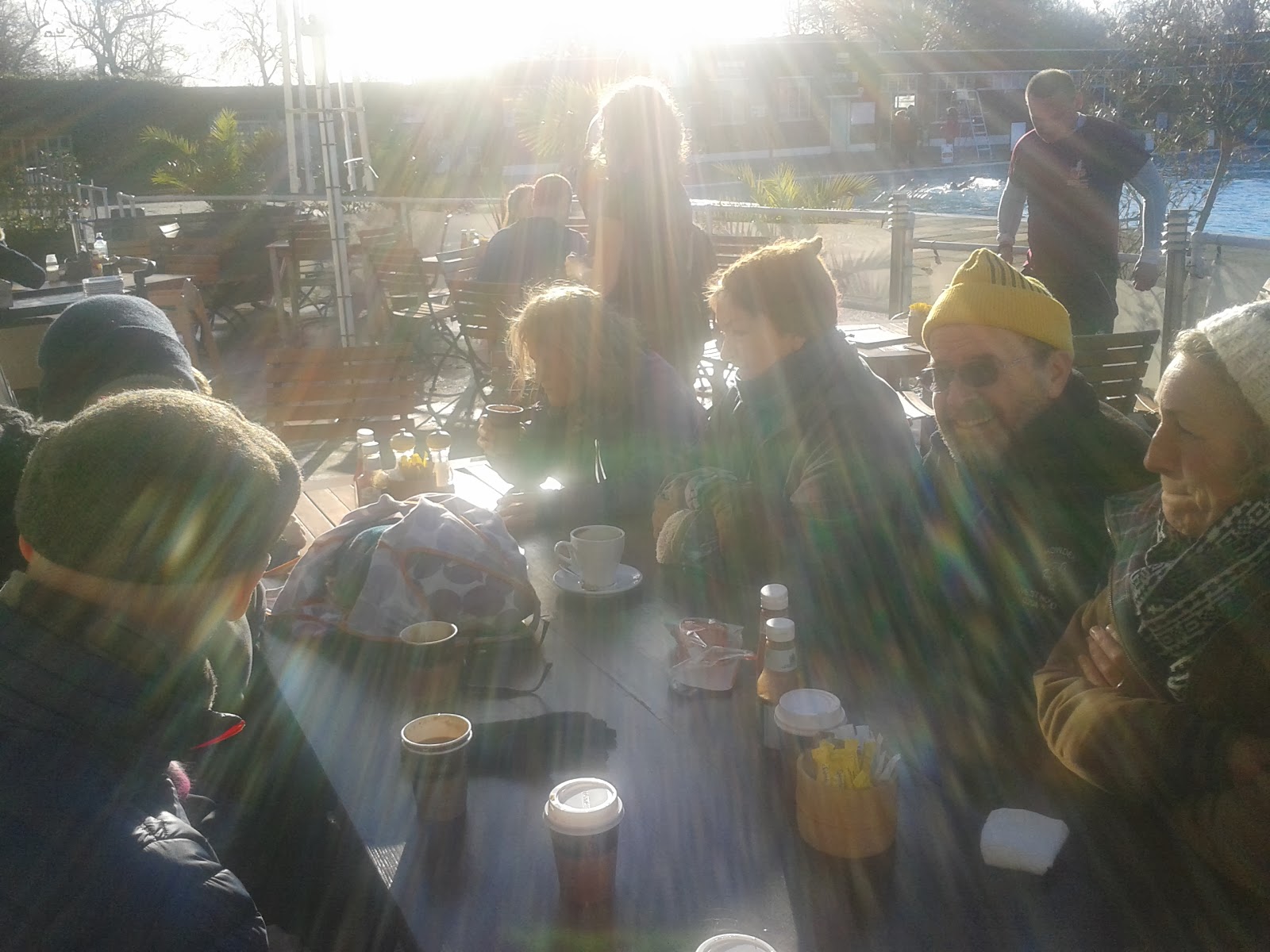 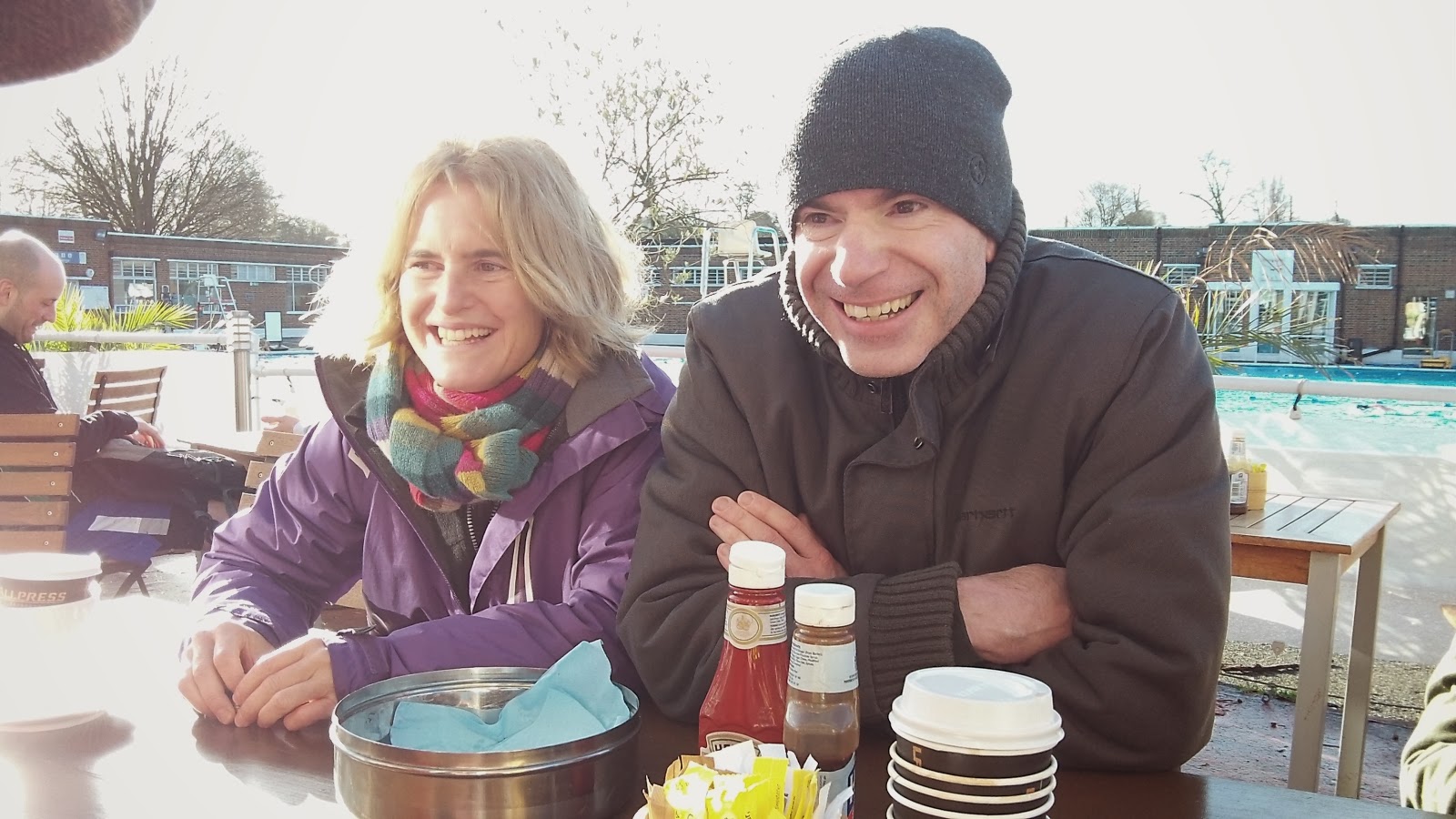 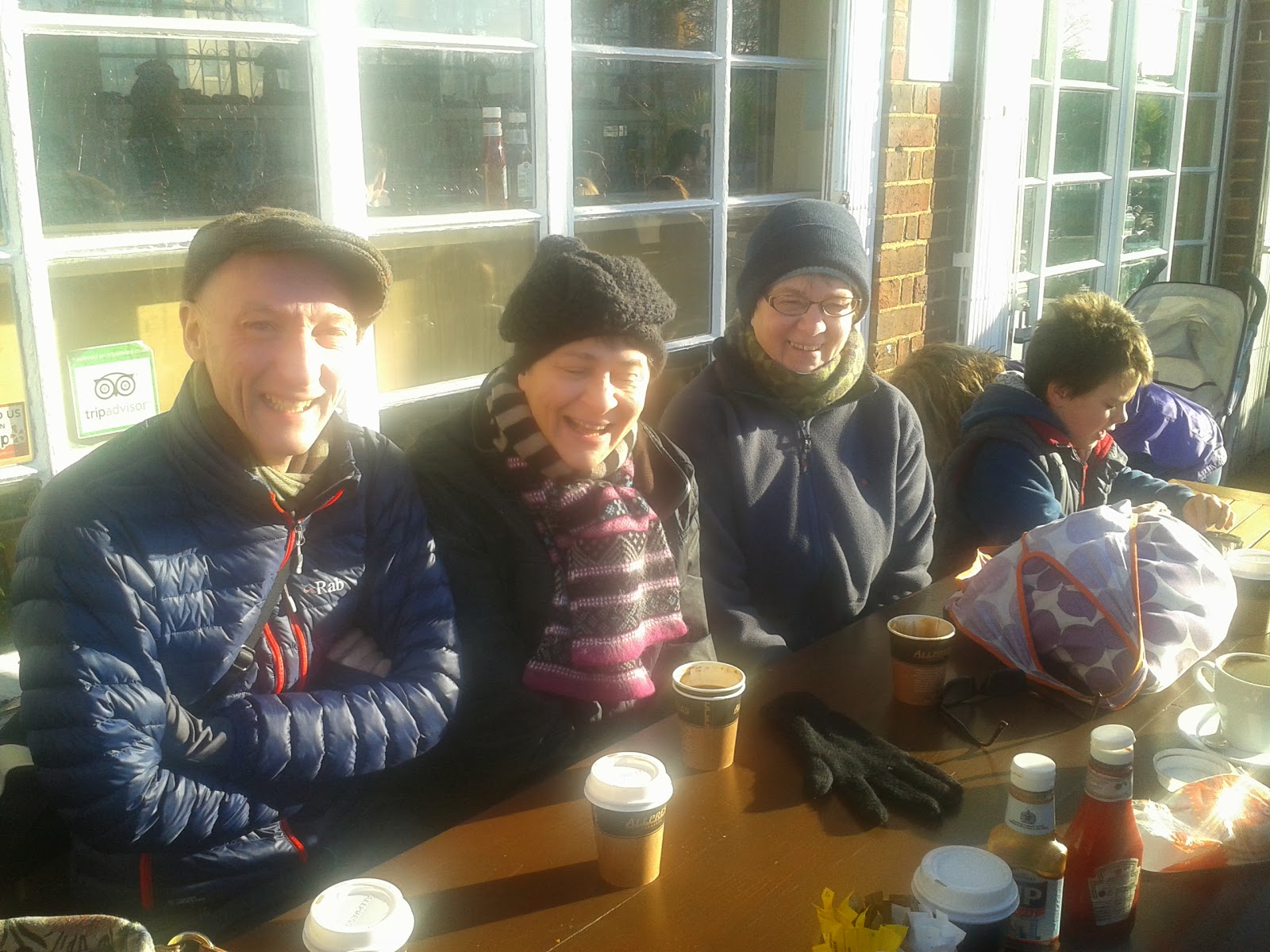 Next enter eager beavers and arch running rivals Marcus and Peter, late for swims after a hotly contested parkrun (a 5km dash twice round the park, if you're interested). Lucky for them they had the pool to themselves and barely a cloud in the sky - a rare treat indeed: 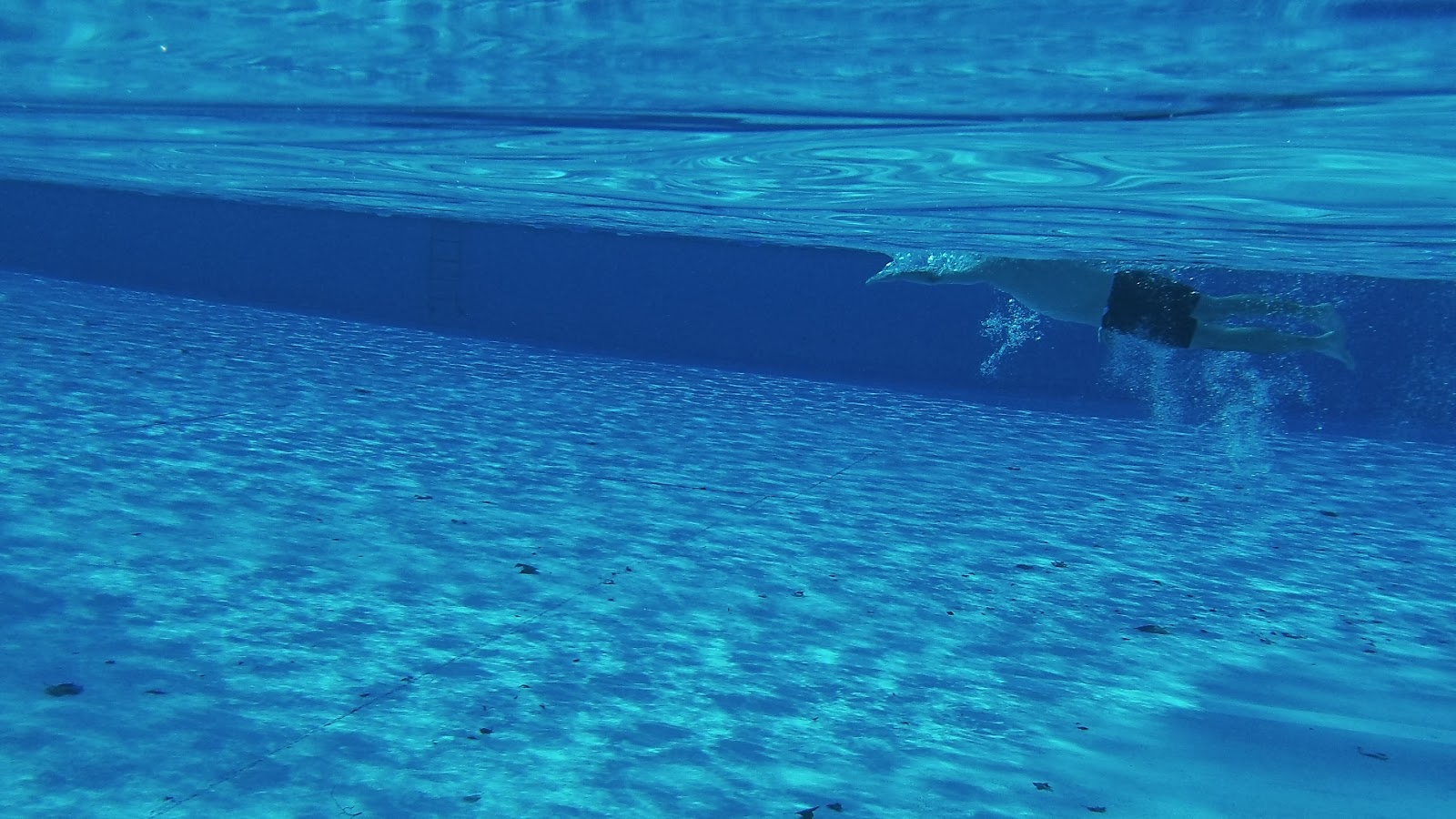 Later that day we all piled into the lovely home of Icicle Fran, for a party to celebrate the return of her husband Alfonso - who swims more elegantly than a fish and makes a mean margarita - from an extended trip to Mexico. With tequila coursing through our veins and not a non-swimmer in sight, it wasn't long before things descended into some gentle lido lunacy... 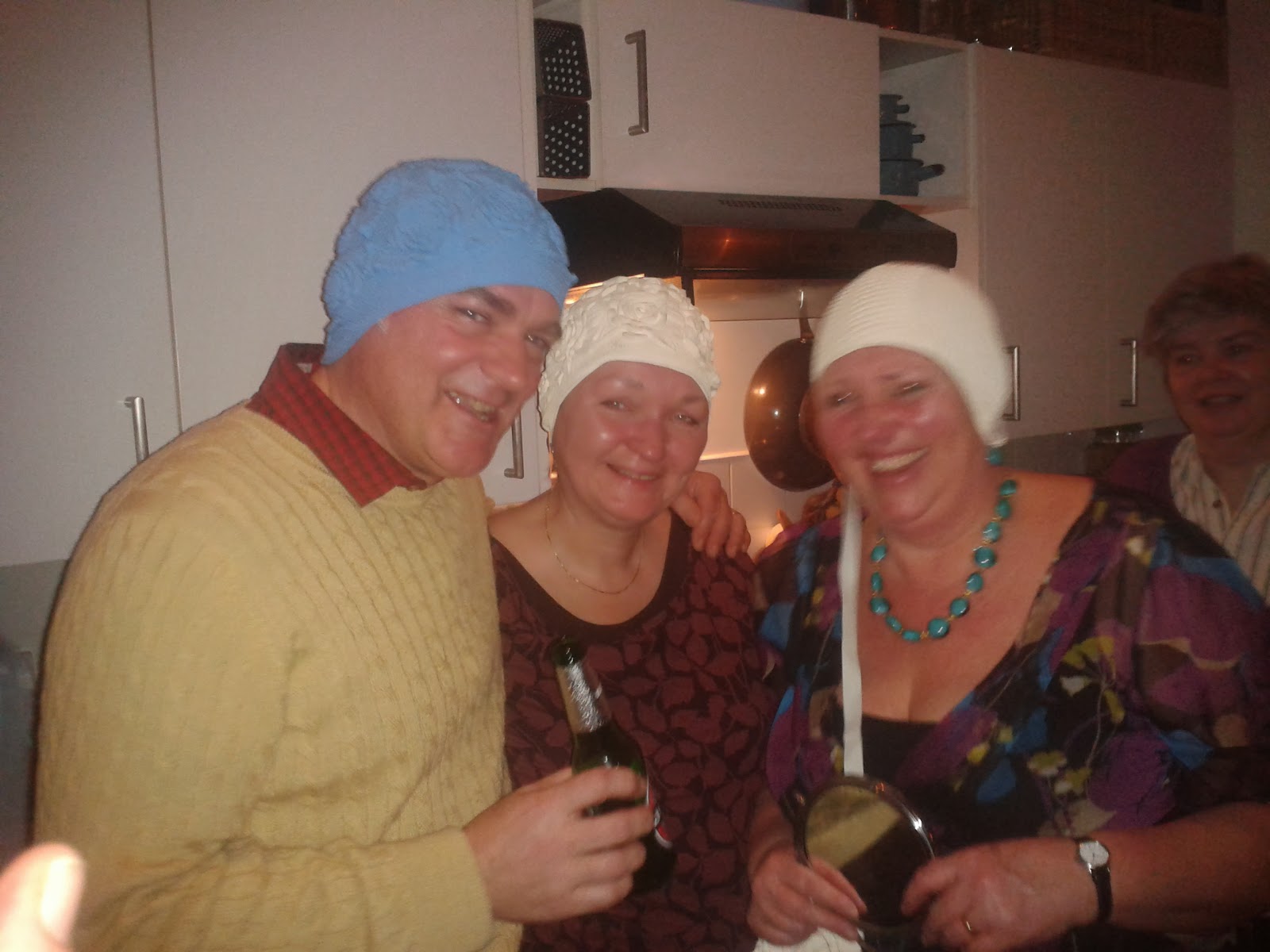 At some point during the evening, Noelene conceived of the Cold Kilometre as a lesser cousin of the well-established Ice Mile (swimming 1 mile under 5 degrees) which, as you may have guessed, involves swimming 1km (20 lengths) of the lido at c. 6 degrees. I concede that Cold Kilometre does have a certain ring to it (alarm bells?), but should probably not be attempted when recovering from a margarita party...

Come Sunday morning and one Cold Kilometre later, Noelene was white as a sheet and staggering about like... well like we all were the night before. Candy and I wasted no time in putting her on the radiator and getting two hairdryers going on her full-blast. She eventually regained her normal shape and colour, and vowed never to try that again (I'm recording this here so she doesn't renege on the promise). A valuable reminder to us all that however much fun we have larking about in the freezing blue familiar surroundings, we shouldn't push our luck (this does not apply to our conduct in the cafe).

On a more positive note, we were also visited by four most excellent and enthusiastic ladies raising money for dementia care and research by taking on 10 icy swims during February:

On this day they were beginning at Brockwell before heading to Tooting, and thence to Brighton for a swim in the sea! Their charity is called Remembering Not To Forget (http://rememberingnottoforget.org.uk/) and they have some brilliant, inspiring pics of their swims on their Facebook page. Laura, Ali and compatriots, the Brockwell Icicles salute you! 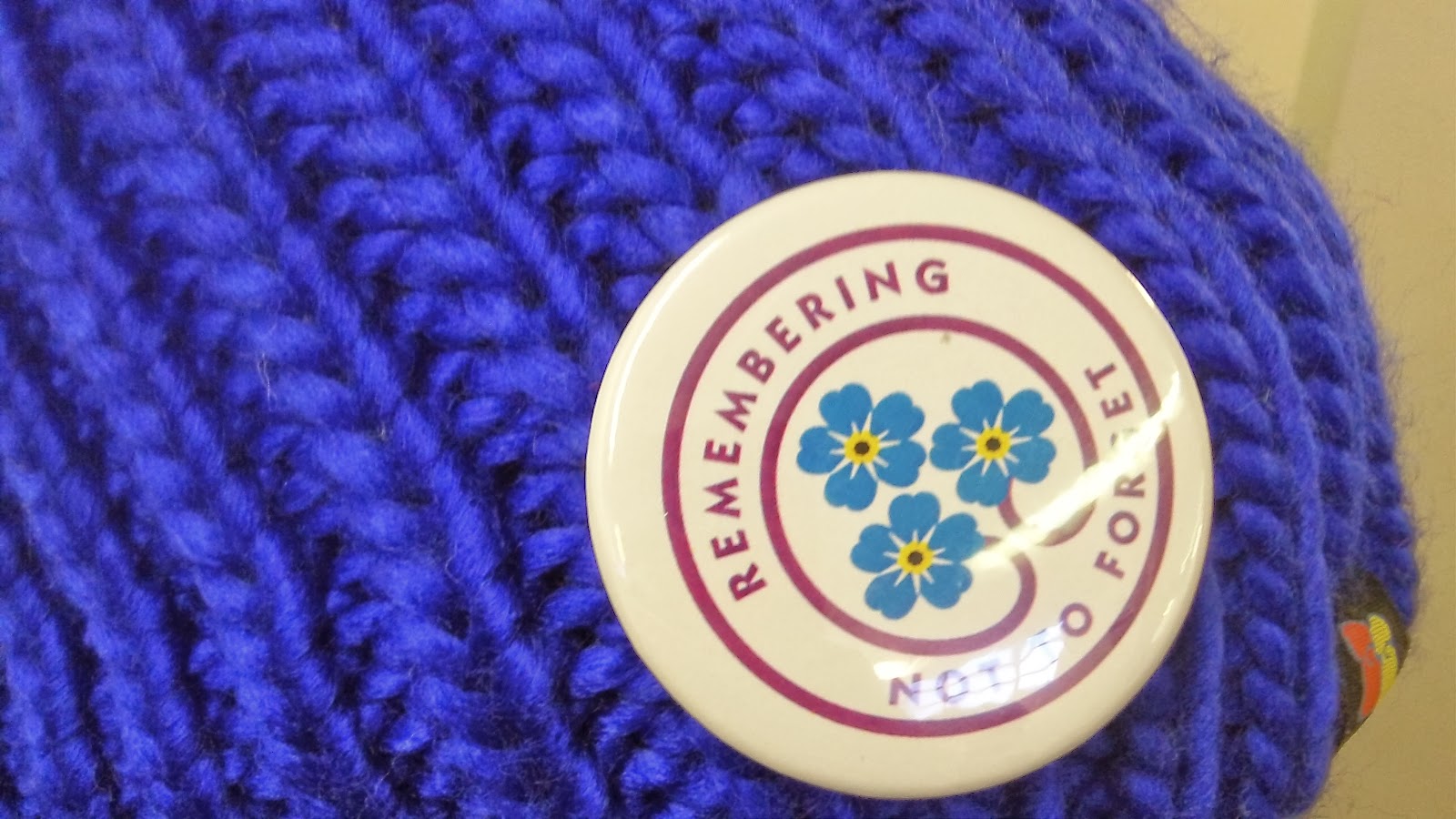